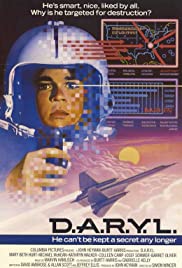 A ten-year-old boy (Barret Oliver) found at the edge of a road is picked up and later adopted by a young childless couple (Mary Beth Hurt, Michael McKean). They begin to raise him, but find that he has several odd habits. When another couple claiming to be his parents come to pick him up, they begin to suspect there's more to the boy than meets the eye.

Have you already watched D.A.R.Y.L.?