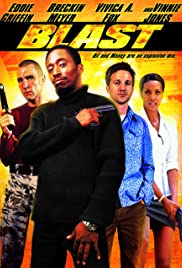 Directed by Albert Pyun, Blast centers around the struggles of a group of would-be Olympic spectators being held hostage by a band of terrorist determined to set off a vast amount of explosives at the 1996 Olympic Games in Atlanta, Georgia. The film featres Linden Ashby, Andrew Divoff, Rutger Hauer, Kimberly Warren, and Tim Thomerson.

Have you already watched Blast?