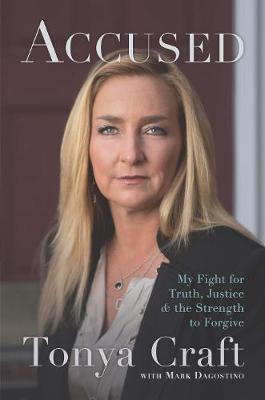 Accused: My Fight for Truth, Justice, and the Strength to Forgive by Tonya Craft

(0 votes)
This is the true story of a woman who prevailed against the most heinous accusations imaginable. Tonya Craft, a Georgia kindergarten teacher and loving mother of two, never expected a knock on her door to change her life forever. But in May 2008, false accusations of child molestation turned her world upside down. The trial that followed dragged her reputation through the mud and lent nationwide notoriety to her name. Tonya's life spiraled into a witch-trial nightmare in which she was deemed guilty before her innocence could be determined by a jury. Her children were taken away without even a goodbye, and her own daughter was forced to take the stand against her in a courtroom. The situation seemed hopeless, and Tonya was shell-shocked and heartbroken. But that didn't keep her from finding the strength to fight. Over the course of two terrifying years, Tonya rallied to take charge of her own defense, flying across the country and knocking on doors on a desperate quest for answers, and defying her own lawyers on more than one occasion. Tonya's goal was not only to avoid conviction; it was to clear her name, and, most of all, regain custody of her children.Accused is about more than Tonya's shocking trial and fight for justice. It is the story of a mother's extraordinary love, the faith that sees her through it all, and the forgiveness that sets her free.

Write Review - Accused: My Fight for Truth, Justice, and the Strength to Forgive (2015)

New Topic - Accused: My Fight for Truth, Justice, and the Strength to Forgive (2015)

Trailer: Accused: My Fight for Truth, Justice, and the Strength to Forgive (2015) ×

Have you already read Accused: My Fight for Truth, Justice, and the Strength to Forgive?