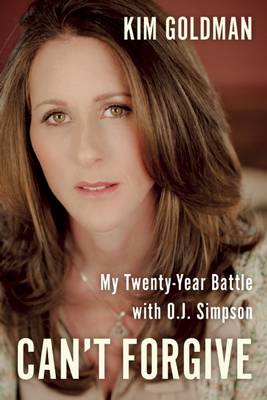 (0 votes)
Don't tell her she needs to find closure. Don't ask her to forgive and forget. When Kim Goldman was just 22, her older brother, Ron, was brutally killed by O.J. Simpson--a horrifying event that led to one of the most public trials in American history. Ron and Kim were very close, and her devastation was compounded by the shocking not-guilty verdict that allowed a smirking Simpson to leave as a free man. Not only did Kim have to live with the painful knowledge that her brother's killer walked free, but she also struggled to keep her grief private from the media frenzy and outpouring of public opinion. Counseled by friends, strangers, and even Oprah to "find closure," Kim chose a different route. She chose to fight--not just for her brother and her family, but for others, as she found her calling working with victims' families in pursuit of justice and peace.From her parents' devastating divorce and a life-changing car accident to living life as one of America's most famous victims and dating as a single mother, Can't Forgive tells of an ordinary person thrown into extraordinary circumstances at a very young age who had the courage--despite the discouragement of so many--to ignore conventional wisdom and never give up her fight for justice.

Have you already read Can't Forgive: My 20-Year Battle with O.J. Simpson?