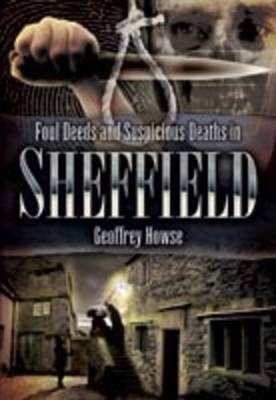 Foul Deeds and Suspicious Deaths in Sheffield by Geoffrey Howse

(0 votes)
It hardly seems surprising that what has become England's fourth city has within its rich history a sinister and darker side. Take a journey to discover cases of petty crime, riots, burglary, robbery, assault, suicide, unlawful killing, manslaughter and murder, as well as a host of quirky and quizzical crimes from the early Victorian period to modern times. One sensational case covered is that of Sheffield-born Charles Peace, considered by some criminologists to be England's most notorious murderer. He was hanged at Leeds on 25 February 1879 for the killing of Arthur Dyson at Darnall in 1876. Peace's criminality seemed to know no bounds. Several other sensational and forgotten murders are featured and a range of cases mentioned refer to many former landmarks in and around old Sheffield, from public houses and hotels to factories, shops and steelworks. This book is sure to be an absorbing read for anyone interested in our local social history.

Have you already read Foul Deeds and Suspicious Deaths in Sheffield?