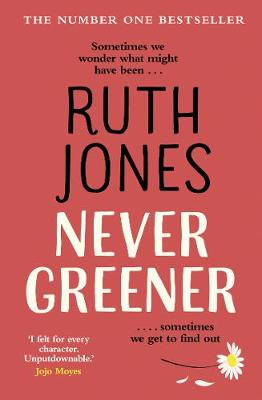 In her debut novel, actress and Gavin & Stacey screenwriter Ruth Jones shows us the dangers of trying to recapture that which was once lost and failing to realise the beauty of what we already have.

The past has a habit of tracking us down. And tripping us up. When Kate was twenty-two, she had an intense and passionate affair with a married man, Callum, which ended in heartbreak. Kate thought she'd never get over it.

Seventeen years later, life has moved on - Kate, now a successful actress, is living in London, married to Matt and mother to little Tallulah. Meanwhile Callum and his wife Belinda are happy together, living in Edinburgh and watching their kids grow up. The past, it would seem, is well and truly behind them all.

But then Kate meets Callum again. And they are faced with a choice: to walk away from each other or to risk finding out what might have been. Second chances are a rare gift in life. But that doesn't mean they should always be taken...

Have you already read Never Greener?