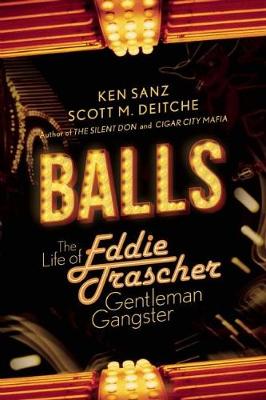 (0 votes)
The true story of the man who scammed the mob and informed the FBI for over two decades.Eddie Trascher had balls. Born in the bayou of Louisiana, Eddie learned about gambling at the side of his stepfather. Starting his career in 1950s Vegas, he moved to pre-Castro Cuba and became adept at running a casino and stealing from the mobsters who owned it. He was a regular fixture at Rat Pack-era Vegas-stealing chips from the craps table, running gambling out of his bar, and hanging around with a wild assortment of gangsters, conmen, thieves, and celebrities.By the time he moved to Clearwater, Florida, after a stint running a Los Angeles hotel for the Chicago Outfit, Eddie was the biggest bookmaker in the state. But the FBI made him an offer he couldn't refuse: "Help us get the Mafia and we'll let you keep bookmaking." For the next twenty years, Eddie became the Bureau and later the Florida Department of Law Enforcement's eyes and ears as they investigated organized crime in Florida. From the famous Donnie Brasco case to the new guard of the Tampa Mafia, Eddie was in the middle of it all. Eventually, he gave up the booking to become a professor, teaching law enforcement everything there was to know about bookmaking and running the scams.Balls is the story of the quintessential gangster, a man who didn't make money for anyone but himself. Instead of working for the Mafia bosses, Eddie stole from right under their noses. And he lived to tell the story.

Have you already read Balls: The Life of Eddie Trascher, Gentleman Gangster?