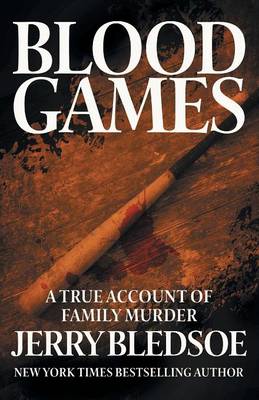 (0 votes)
From the New York Times bestselling author of Bitter Blood comes the story of a greed so powerful it led to an unspeakable crime.Wealthy Lieth von Stein lay dead and his wife Bonnie near death in their North Carolina home after a vicious assault with knife and baseball bat as they slept. The crime seemed totally baffling until police followed a trail that led to the charming von Stein stepson, Chris Pritchard, and his brilliant, drug-using, Dungeons-&-Dragons playing friends at N.C. State University. Blood Games is the shattering true story of degraded young minds-and a son's gruesome greed turned horrifyingly real. Jerry Bledsoe masterfully reconstructs the bloody crime and its aftermath, as he takes us on a riveting journey into the secret twisted hearts of three young murderers."Haunting... addictive, chilling and a masterpiece of reportage... powerfully demonstrates that every heart is capable of darkness." -Patricia Cornwell"A powerful account... Mr. Bledsoe goes straight to the bigger issues." -New York Times Book Review"In Mr. Bledsoe's hands, a mega-load of inert facts becomes a human story of hurricane force." -Raleigh News & Observer"Devastating... a brilliant account." -Publishers Weekly

Have you already read Blood Games: A True Account of Family Murder?