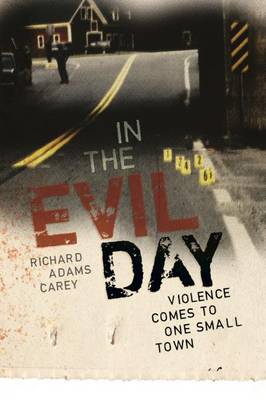 In the Evil Day: Violence Comes to One Small Town by Richard Adams Carey

(0 votes)
On the afternoon of August 19, 1997, John Harrigan-owner and publisher of the News and Sentinel newspaper in Colebrook, New Hampshire-arrived at his building to find the woman he loved lying dead in the parking lot. Lawyer Vickie Bunnell had been shot and killed by an itinerant carpenter wielding an assault rifle. By then, three more people were already dead or dying. More mayhem was to ensue in an afternoon of plot twists too improbable for a novel. The roots of the incident stretch back twenty-five years, with tendrils deep in the history of New England's North Country. These bloody events shocked America and made headlines across the world. Hundreds of local citizens became unwilling players in the drama-friends and colleagues of the dead, men and women who were themselves real or potential targets, along with their neighbors in law enforcement-but the town and its inhabitants were never passive victims. From the first shot fired that day, they remained courageously determined to survive. This is the story of that town, those people, and that day. In the Evil Day is a moving portrait of small-town life and familiar characters forever changed by sudden violence.

Write Review - In the Evil Day: Violence Comes to One Small Town (2015)

Have you already read In the Evil Day: Violence Comes to One Small Town?