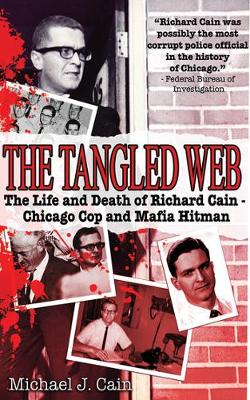 The Tangled Web: The Life and Death of Richard Cain - Chicago Cop and Mafia Hitman by Michael J. Cain

(0 votes)
The Tangled Web tells the dramatic story of detective Richard Cain's criminal career as revealed by his half-brother, Michael. Cain led a double-life one as a well-known cop who led raids that landed on the front pages, and the other as a "made man" in one of Chicago's most notorious mob families. Eventually executed by shotgun, Dick Cain lived and died in a world of bloodshed and violence, leaving behind a story so outlandish that he has even been suspected of being involved in the assassination of John F. Kennedy.

Trailer: The Tangled Web: The Life and Death of Richard Cain - Chicago Cop and Mafia Hitman (2007) ×

Have you already read The Tangled Web: The Life and Death of Richard Cain - Chicago Cop and Mafia Hitman?