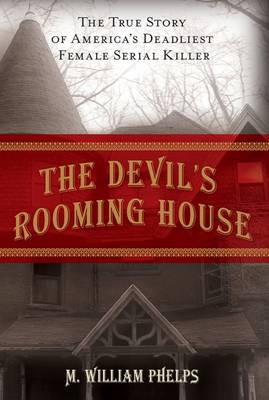 (0 votes)
The gripping tale of a legendary, century-old murder spree *** A silent, simmering killer terrorized New England in1911. As a terrible heat wave killed more than 2,000 people, another silent killer began her own murderous spree. That year a reporter for the Hartford Courant noticed a sharp rise in the number of obituaries for residents of a rooming house in Windsor, Connecticut, and began to suspect who was responsible: Amy Archer-Gilligan, who'd opened the Archer Home for Elderly People and Chronic Invalids four years earlier. "Sister Amy" would be accused of murdering both of her husbands and up to sixty-six of her patients with cocktails of lemonade and arsenic; her story inspired the Broadway hit Arsenic and Old Lace. The Devil's Rooming House is the first book about the life, times, and crimes of America's most prolific female serial killer. In telling this fascinating story, M. William Phelps also paints a vivid portrait of early-twentieth-century New England.