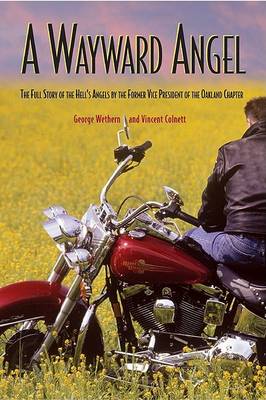 A Wayward Angel: The Full-Story of the Hell's Angels by the Former Vice-President of the Oakland Chapter by George Wethern

(0 votes)
The Hell's Angels. The name conjures up images of toughs on Harleys terrorizing the law-abiding; of wild brawls and wild sex; of drugs and cruelty, beatings, and even murder. Their lifestyle, we think, is horrifying, but it's also perversely fascinating, for there's an alluring freedom in such nihilism. Still, nobody knows what it's like to be an Angel except an Angel-an Angel like George Wethern, for many years the vice president of the Oakland Chapter. Until he found himself in reluctant service to the courts, Wethern was the quintessential Angel, tough as they come, one of the most important drug dealers on the West Coast-a man who loved bikes, fights, women, and drugs; a man who knew the deepest secrets of Angel life. Arrested, strung out on drugs, in despair, he testified in several major trials against Angel members-and then went into hiding. In A Wayward Angel, we witness killings, drug deals worth millions, "picnics" that are nothing short of orgies, the inner codes and inner workings of the club and its bizarre initiation rites. It is a vivid portrait of the chaos of postwar California, the awful early collision of the drug scene and the alienation of modern life, a story as American as can be. This is a powerful book, and not for the squeamish; but it's fascinating and important, terrifying because it's real.

Write Review - A Wayward Angel: The Full-Story of the Hell's Angels by the Former Vice-President of the Oakland Chapter (1978)

New Topic - A Wayward Angel: The Full-Story of the Hell's Angels by the Former Vice-President of the Oakland Chapter (1978)

Trailer: A Wayward Angel: The Full-Story of the Hell's Angels by the Former Vice-President of the Oakland Chapter (1978) ×

Have you already read A Wayward Angel: The Full-Story of the Hell's Angels by the Former Vice-President of the Oakland Chapter?