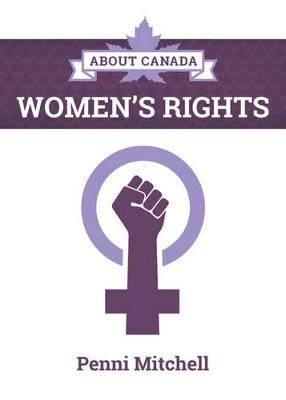 (0 votes)
This accessible and engaging book introduces readers to key historical events, and the women who were central to them, in the struggle for women s equality in Canada. Four and a half decades after the report of the Royal Commission on the Status of Women, the feminist struggle is as necessary as ever but thanks to the hard work of activist women, many forms of discrimination are a thing of the past. Beginning before the colonization of Canada by European settlers, Penni Mitchell explores gender roles within First Nations societies, where women often brokered peace agreements, oversaw property and advised leaders. She also examines the struggles of First Nations women to challenge Indian Act discrimination against women and children. Exploring the early days of colonial settlement, Mitchell notes that women were among Canada s first administrators, and they started its first schools and hospitals. Later, women were among the first to oppose slavery, internment and racial segregation. Demanding a greater say in their country, women fought for the right to vote, attend university and divorce.They fought for child protection laws, public health clinics, minimum wages, equal pay and better working conditions. About Canada: Women s Rights considers the ways in which women s lives have been transformed by the legalization of birth control and abortion and the removal of patriarchal privilege from family law. About Canada: Women s Rights introduces readers to some of the many women who changed Canada through their efforts to secure greater equality. While a few are well known, many of these women and the battles they won have been forgotten. They deserve a greater place in Canada s history."

Have you already read About Canada: Women's Rights?