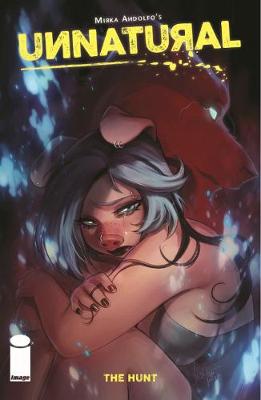 (0 votes)
Leslie hides within herself a power that manyare longing for. After losing her best friends because of an organization thatis chasing her, the pig girl finds herself alone and confused with a group ofrebels. Will she be able to join the fight against a government that blames theinterpersonal relationships considered wrong, considering that she hasdifficulty keeping the wolf that lives inside her incheck?The hit Italian comic, afantasy, erotica, romantic suspense series by MIRKA ANDOLFO (Wonder Woman,Harley Quinn, DC Comics Bombshells) will bring you in a colorful but terribleworld, where personal freedoms are superfluous. Follow Leslie on a breathtakingplot, between thriller and fantasy with a touch ofsensuality.Collects UNNATURAL#5-8

Have you already read Unnatural, Vol. 2: The Hunt?