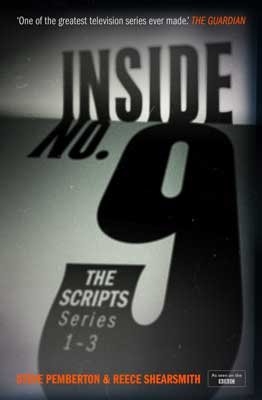 Inside No. 9: The Scripts Series 1-3 by Steve Pemberton

- NEIL GAIMANTake a further peek behind the door marked 'number 9' as the scripts from series 1-3 are collected here for the first time. An anthology of darkly comic twisted tales by Steve Pemberton and Reece Shearsmith, read how each 30-minute self-contained story with new characters and new settings, sprang to life from the page.Each series is prefaced by a foreword from the show creators, giving readers and fans behind-the-scenes insight to this creative phenomenon. It is a beautifully written series, some stories comic, some tragic, all highly original and inventive. As well as Steve and Reece, it has featured guest appearances from a plethora well-known actors including Jack Whitehall, Peter Kay, Sheridan Smith, Gemma Arterton, Keeley Hawes, Alison Steadman, Conleth Hill, and David Morrissey. Relive the show's every enjoyable moment down to the stage directions with Inside No. 9: The Scripts: Series 1-3.

Have you already read Inside No. 9: The Scripts Series 1-3?