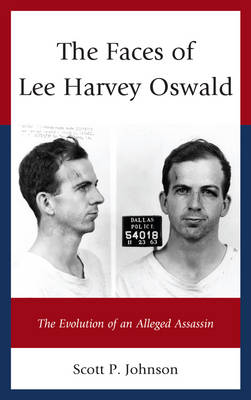 (0 votes)
The Kennedy assassination has produced a number of conspiracy theories based largely upon intriguing questions, speculation, and inference. Thousands of books and articles have been written about the assassination with a large majority of the published material arguing for a conspiracy of one kind or another. However, a relatively small volume of literature has been written from a scholarly and academic perspective.The Faces of Lee Harvey Oswald provides the first comprehensive scholarly analysis of Lee Harvey's Oswald's role in the JFK assassination. Scott P. Johnson objectively examines the various narratives of Lee Harvey Oswald created by researchers and authors over the last fifty years. He finds that at first glance any theory related to Oswald's role appears as convincing as the next, particularly when researchers carefully select information that only advances their preferred theory. In reality, however, Oswald's role in the assassination offers little certainty when one looks at the mystery surrounding Oswald's life and death as well as the complexity and ambiguity surrounding the murder of President Kennedy. Rather than putting forth a single theory, Johnson lays out the known facts against each theory and allows the readers to make their own decision.

Have you already read Faces of Lee Harvey Oswald: Thepb?