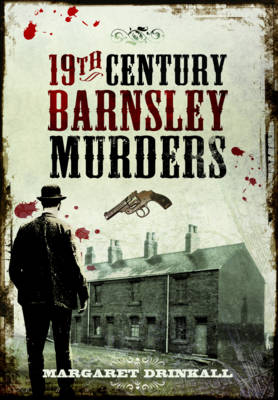 (0 votes)
19th Century Barnsley Murders is a telling account of crimes in the Barnsley area that have remained unpublished for more than a century. The book reveals the dark heart of the town and reflects not only the poverty and squalor in which many people of the time lived, but also the deep-rooted prejudices and double standards of the period. Crimes include poaching in the local area, a serious poisoning of bread and butter pudding at an eating house and the tragic story of a man who was poisoned for a joke. More sinister happenings include a case of body snatching, which brought the whole town of Barnsley to a state of complete panic, the distressing murder of a child, and a woman who was shot down in the street by her former marine boyfriend. The book also charts cases of attempted murder, including the story of a woman who was saved from death by her stays and a brutal attack on an elderly lady, which might so easily have ended in murder. These macabre tales reveal a side of Barnsley that is not visible in the modern town of today.The intriguing narrative and in-depth coverage of Barnsley's criminal past make this essential reading for both local historians and those interested in true crime.