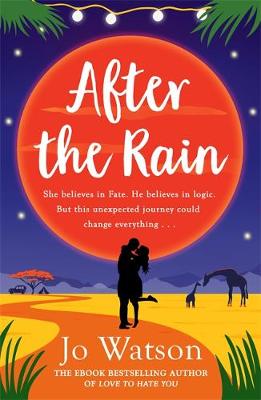 After the Rain by Jo Watson

Some opposites attract; some rip each other's clothes off.

Stormy-Rain and Marcus could not be more different: she's a free-spirited, rainbow-haired hippie; he wears a suit and over-shines his already too-shiny shoes. She believes in auras; he's governed by logic and doesn't believe in Fate. But Fate believes in them...

So what happens when their worlds collide - and they are forced to embark on an epic road trip to catch a plane to a wedding on the other side of the world?

The clock is ticking...and they're seriously ticking each other off. But Stormy and Marcus are about to discover just how thin the line between love and hate really is.

'It was , it was ' Rachel's Random Reads

'A read from beginning to end' Hopeless Romantics

Have you already read After the Rain?