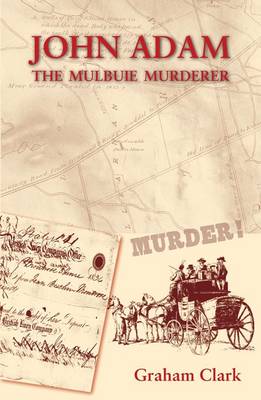 (0 votes)
The fascinating account of the last public hanging, on 16th October 1835 in Inverness, the capital of the Scottish Highlands. The man on the gallows was John Adam, known as The Mulbuie Murderer. Graham Clark relates who John Adam was and his motives for the murder of one of the two women with whom he was in relations - his intention to dispense with the woman who was the richest - a classic case of a love triangle ending in tragic circumstances. There was no doubt of John Adams' guilt, although most of the evidence was circumstantial. The author traces his early life, and the traits that led to his execution. The trial was riddled with ineptitude, confusion and bizarre practices - such as a medieval interrogation known as the ordeal and the use of the medical science of phrenology - detection was in its infancy in the 19th century. This is a deeply researched account of an extraordinary murder, trial and execution. The book is illustrated with over 50 unique photographs and facsimiles.

Have you already read John Adam: The Mulbuie Murderer?