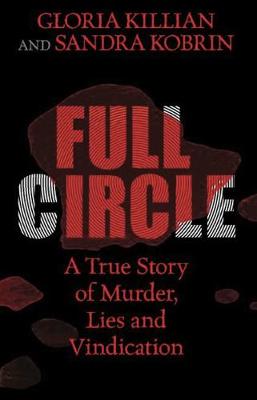 Full Circle: A True Story of Murder, Lies, and Vindication by Gloria Killian

(0 votes)
It began as a robbery. A man dressed as a phone repairman knocked on the door of coin collector Ed Davies. Once inside, the stranger pulled a gun on Ed and his wife, Grace, handcuffed and hogtied the couple and opened the door for his partner. After filling six suitcases with silver and gold coins, they fatally shot Davies in the head twice and his wife once, then fled. Hours later, with a bullet lodged in her head, Grace crawled out to the sidewalk where a neighbor found her. Eventually the killers were found, tried and convicted of murder. Trying to get a reduced sentence, one told the prosecutor that a third year law student named Gloria Killian was the mastermind of the crime. The prosecutor went after her with zeal, and she was tried, convicted and sent to jail, all the while proclaiming she knew nothing of the crime. While in jail, she began advocating for the humane treatment and release of women in prison. Ten years later, one of the defense attorneys discovered massive exculpatory evidence, hidden documents, prosecutorial misconduct and perjury. Then Gloria Killian's own fight for freedom began.Full Circle, tells for the first time, the riveting story of a shocking murder that involves Hells Angels, misguided cops, backroom deals, profound lies and life and death sentences. Relentless, exciting and gripping, this true story shows how a life can be ruined in a split second. Finally, Full Circle makes the terrifying point that what happened to Killian can happen to anyone.

Have you already read Full Circle: A True Story of Murder, Lies, and Vindication?