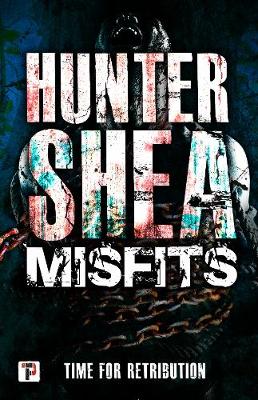 Captain Moxley and the Embers of the Empire by Dan Hanks

(0 votes)
In the post-war peace of 1952, ex-Spitfire pilot Captain Samantha Moxley should be done fighting bad guys. Instead, she finds herself dragged into a clash with a mysterious US government agency known as The Nine, when they take an interest in the work of Jess, her archaeologist sister.Pursued by The Nine, former Nazis, and a host of otherworldly monsters, Sam must fight to protect her sister and uncover two hidden keys which promise to unlock the greatest archaeological find in history: the fabled Hall of Records.From the skies over New York, to the catacombs of Paris, and finally to the ruins of Ancient Egypt, her quest takes her into the ashes of the past in search of the dying embers of an empire....and a discovery that could transform the world, or bring it to a terrible end.File Under: Fantasy [ Top Women | Riff-RAF | Pyramid Scheme | Bash the Fash ]

Write Review - Captain Moxley and the Embers of the Empire (2020)

New Topic - Captain Moxley and the Embers of the Empire (2020)

Trailer: Captain Moxley and the Embers of the Empire (2020) ×

Have you already read Captain Moxley and the Embers of the Empire?