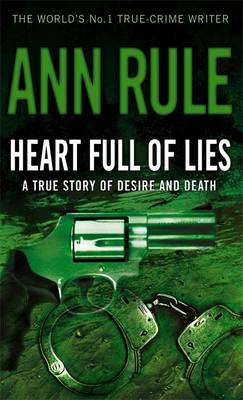 (0 votes)
From the No. 1 New York Times bestselling author of EVERY BREATH YOU TAKE comes the story of a woman whose ambition was exceeded only by her cruelty. Some grim synchronicity placed Liysa, a Texan with a slew of male victims in her wake, on the same path as Chris, a handsome pilot. Liysa wanted to be a Hollywood screenwriter, and she not only wanted to destroy Chris' reputation, she wanted his million-dollar fortune. One sunny morning, Chris lay dead in his sleeping bag beside a shallow river, while Liysa drove four hours to show up sobbing on a friend's front porch. She appeared to have been beaten, but more and more questions arose that made detectives suspicious. In the end, the woman who appeared to have it all was convicted of the brutal and well-planned murder of the man who had loved her more than anyone. A true story of desire and death, HEART FULL OF LIES is another remarkable case study from the undisputed Queen of True Crime.

Have you already read Heart Full Of Lies?