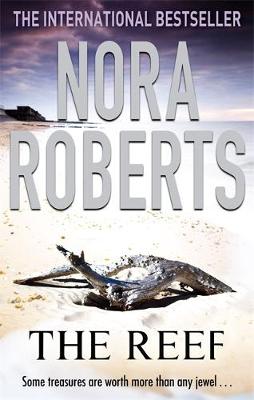 The Reef by Nora Roberts

As a young girl, Tate Beaumont fell in love with Matthew Lassiter... and had her heart brutally crushed. Eight years later, Tate has worked hard to become a marine archaeologist, while Matthew is a talented but troubled salvage diver. And both share a dream - to find Angelique's Curse, a ruby and diamond encrusted amulet, steeped in legend and said to be lost somewhere at the bottom of the Caribbean.

Forced into a reluctant partnership with Matthew and his uncle, Tate soon learns that her arrogant but attractive fellow diver holds as many secrets as the sea itself. Desires, buried for so long, begin to rise to the surface. But when the truth emerges about the mysterious death of Matthew's father, their treasure hunt soon becomes deadly . . .

Have you already read The Reef?