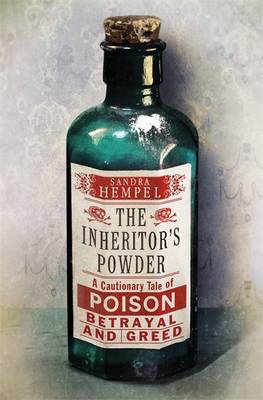 The Inheritor's Powder: A Cautionary Tale of Poison, Betrayal and Greed by Sandra Hempel

(0 votes)
All was quiet in the Bodle home in Plumstead village on the morning of 2 November 1833. In the large ten bedroom farmhouse, the maid Sophia Taylor began preparing breakfast while, at the cottage down the track, Mary Higgins came down to set the fire. But all was not as it seemed that morning...When the local doctor was summoned several hours later he found four women suffering from severe vomiting and stomach pains whilst the master of the house was delirious with pain. His suspicions raised, the doctor contacted Michael Faraday at his laboratory in Woolwich. So began a chain of events that would grip the entire nation. For in the 19th century, criminal poisoning was terrifyingly easy, yet almost impossible to prove - a situation that resulted in no end of mischief. 'The fell spirit of the Borgias' was said to be sweeping across the land and as the panic reached fever pitch, so the race to find the definitive test began...

Write Review - The Inheritor's Powder: A Cautionary Tale of Poison, Betrayal and Greed (2013)

New Topic - The Inheritor's Powder: A Cautionary Tale of Poison, Betrayal and Greed (2013)

Trailer: The Inheritor's Powder: A Cautionary Tale of Poison, Betrayal and Greed (2013) ×

Have you already read The Inheritor's Powder: A Cautionary Tale of Poison, Betrayal and Greed?