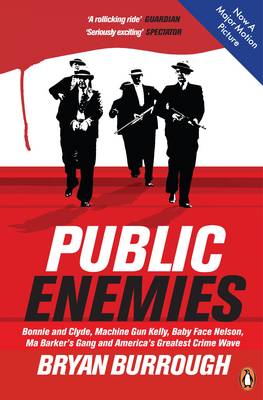 (0 votes)
In the summer of 1933 an amazing group of chancers, misfits and psychopaths took to the American road. Fuelled by the Depression, fast cars and cheap guns, these freelance gangsters terrorized a vast swathe of banks and drugstores across the Midwest. Bonnie and Clyde, Dillinger, Machine Gun Kelly, Baby Face Nelson, the Barker gang, Pretty Boy Floyd and others went on a crime spree that turned them into legends in their own - generally quite brief - lifetimes. As they tore across state lines, mocking the police and amassing fortunes, the gangsters had no idea that in Washington their nemesis was forming: J. Edgar Hoover's FBI. Public Enemies is the sensational story of the outlaws whose exploits became folklore, and the savage, myth-making response of those who hunted them down.