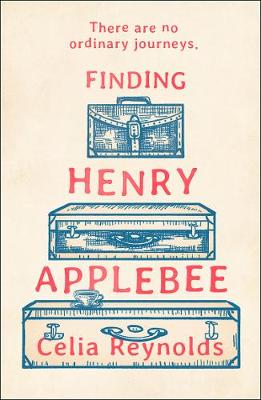 Here Henry was, once again in a bustling train station, ready to resume where he had left off all those years ago...

Finding Henry Applebee is a charming, tender and uplifting story about unlikely friendships, the power of love - and how it's never too late to change your life.

Eighty-five-year-old Henry Arthur Applebee has had a pretty good life. But one regret has haunted him for the last sixty-five years. And so, on an ordinary December morning, he boards a train from London to Edinburgh. His goal is simple: to find the woman who disappeared from his life decades earlier. But Henry isn't the only person on a mission. Also bound for Edinburgh is troubled teen, Ariel. And when the two strangers collide, what began as one humble journey will catapult them both into a whole new world...